Multi-platinum-selling singer-songwriter Adam Lambert has released a new song, “Two Fux,” out at all digital retailers via Warner Bros. Records. Also out is the track’s official lyric video – watch it HERE.

When it comes to the new music Lambert explains “My last project was about the chase. This time I feel the strength of being exactly, unapologetically where I am. I’m standing my ground to inspire my fans to defy the status quo.” Stay tuned for more information.”

Lambert first performed “Two Fux” as part of Queen’s appearance on Jimmy Kimmel Live! on June 22, which can be viewed here: https://ad.gt/alkimmel. Queen + Adam Lambert’s 26-date North American arena tour is currently underway, making stops all over the continent, ending on August 5 in Houston, TX before picking back up in Europe, Australia and New Zealand starting this Fall. See below for full list of dates. 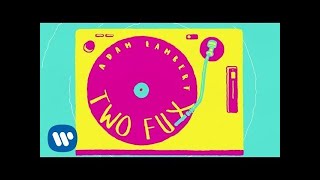